Name Change*
N. stramineus was formally N. ludibudus.  According to convention, ludibundus would have precedence because this was the older name.  Stramineus was a name given to an  unknown species before it was identified as already being ludibundus. For the simple reason that scientists began using the newer name of stramineus more then ludibundus, stramineus has become the "conserved" (used) name and ludibundus has become the "suppressed " (un-used) name.
﻿
Identifying Characteristics
Sand Shiners generally average to around 4.4 cm and reach a max size of 8.2 cm. Life span is about 3 years.
Sand Shiners usually have silvery heads with a slender body. Their fins are all soft with no spines. They usually have a dark line that progresses along the side of their bodies. The scales along the top of their bodies are a darker tint, usually a move olive color. During the mating season, males have their colors intensify. Their name comes from the reflective shine given off their bodies by the sun's light, as is shown in this video.

Habitat
Sand Shiners are prevalent throughout North America. They span from Quebec to Mexico. In the U.S. they can be found throughout the Midwest, primarily in the Great Lakes and Mississippi drainages.  They extend out to New Mexico, Colorado, Montana, Wyoming to Texas and Tennessee to New York.
Sand Shiners prefer clear waters with gravel or sand bottoms. They prefer shallower areas especially during spawning season but can live in larger streams and bodies of water with a slightly faster current.

Life History
The Sand shiner's reproductive strategy is broadcast spawning.  This is an external strategy where by the eggs are fertilized in the environment by sperm that is also released into the water.

Diet
Most of the Sand Shiner's diet revolves around terrestrial and aquatic insects. They can also eat some of the phytoplankton that accumulates on the bottom of water.

Conservation
The sand shiner is important for conservation purposes because the fish is a good indicator of water quality.  By preferring clean waters their presence and density in streams is an easy indicator of clean water that is less likely to be contaminated by excess chemicals and pollutants. 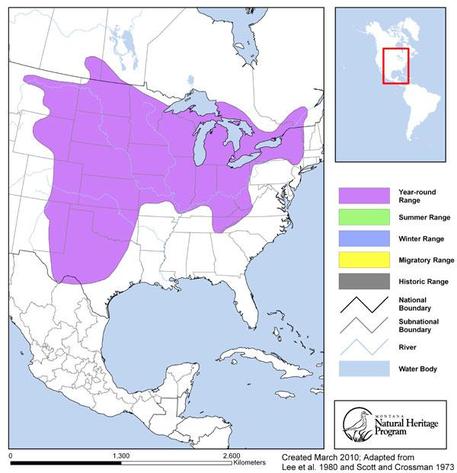