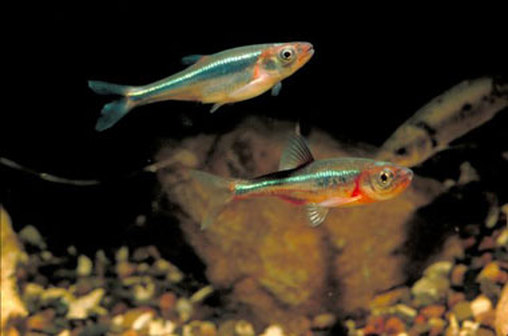 *Formerly Notropis rubellus, rosyface shiner, which was divided into four different species based on geographic distribution.

Life History
Before and during spawning, N. percobromus form large schools, often containing more than a hundred individuals. Spawning takes place over multiple days in clear, clean-bottomed pools with a temperature around 64°F and upstream from other shiners, chubs, and sunfishes. Once the eggs are released, they sink to the bottom and attach to rocks and other objects. Spawning occurs in Wisconsin and Illinois from May to June and as late as July in Iowa. Carmine shiners live up to 3 years of age.
Geographic Range
Notropis percobromus is found throughout the eastern United States. They have been found as far south as Arkansas and as far west as North and South Dakota. Specifically in Illinois, Notropis percobromus is found north of a line running from the Vermillion River in Vermillion County to Rock Island, roughly the northeastern third of the state. 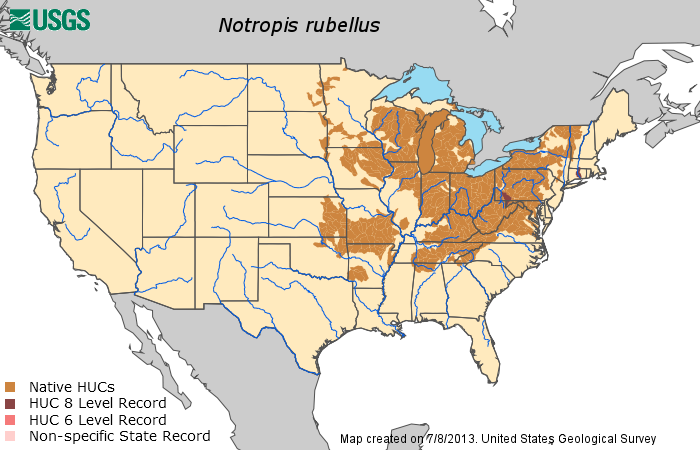