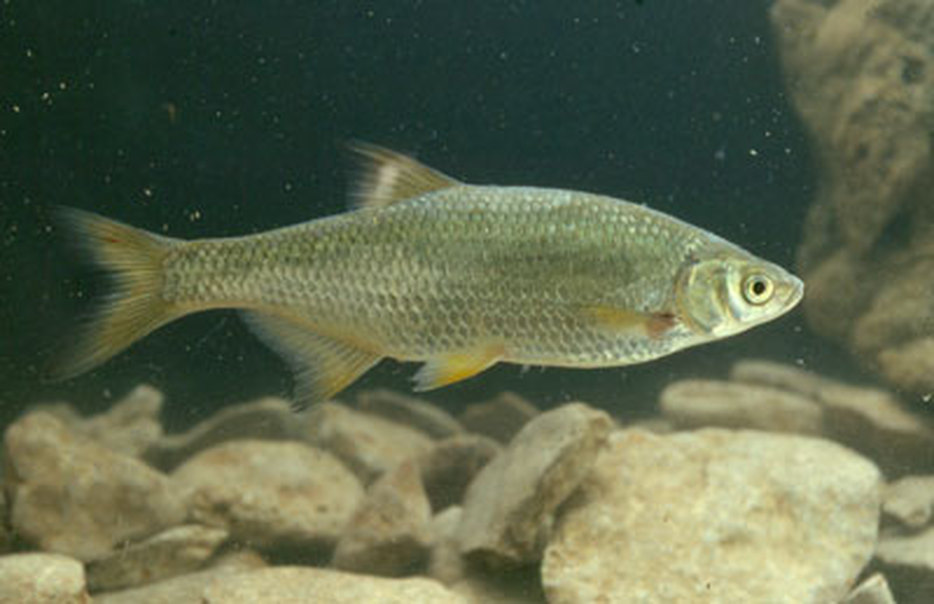 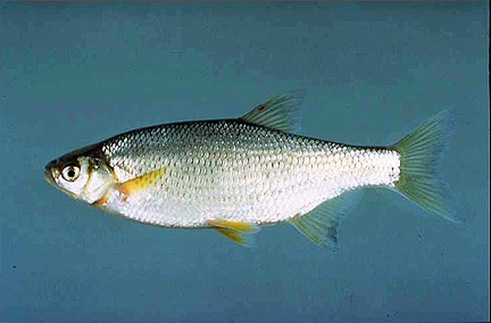 Golden shiners have a spawning period from May to August during which they can spawn 4-5 times. When the females release their eggs, the eggs stick to surrounding vegetation and incubate for 4-7 days before hatching. There is no parental care involved, so juvenile golden shiners must fend for themselves.  Sexual maturity is reached at 1-2 years for both males and females, but females generally grow faster and to larger sizes than males. Golden shiners generally live for 3-6 years but have been known to live up to 8 years.

Golden shiners eat a variety of zooplankton, crustaceans, insects, and phytoplankton. They can filter feed or use visual cues to locate prey at many depths. They prefer to live in quiet, weedy bodies of water. Golden shiners have been found to be incredibly tolerant of polluted and degraded habitats, hence their presence in Boneyard Creek.


Golden shiners are a main staple in the diet of many economically important game species such as the largemouth bass and black crappie. Fishermen often use them as bait which has led to their widespread introduction in North America. 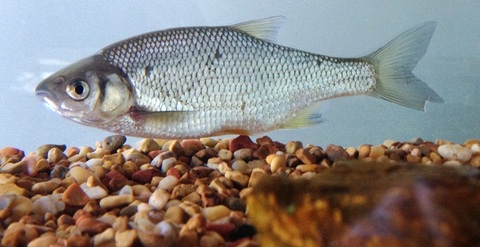 In a study conducted by University of Illinois at Urbana-Champaign students in fall of 2014, the golden shiner was the second most abundant fish species found in Boneyard Creek.